The color is a cross between the company’s cool Frosty Blue and warmer Water Blue shades. The combination is meant to represent Rei’s personality, described as being colder than water, but warmer than ice.

J Colour Ayanami Blue, a general purpose paint suitable for use on wallpaper, cloth, wood, concrete, and other interior surfaces, went on sale on July 26th. Three variations of acrylic gouache paint based on the color will be released in October. The paint, known for its strong bond and smooth application, will be available in Ayanami Blue, Ayanami Blue Pearl, and Ayanami Blue Gel Medium. Both the J Colour and acrylic gouache paints will come with an exclusive Evangelion artwork card. 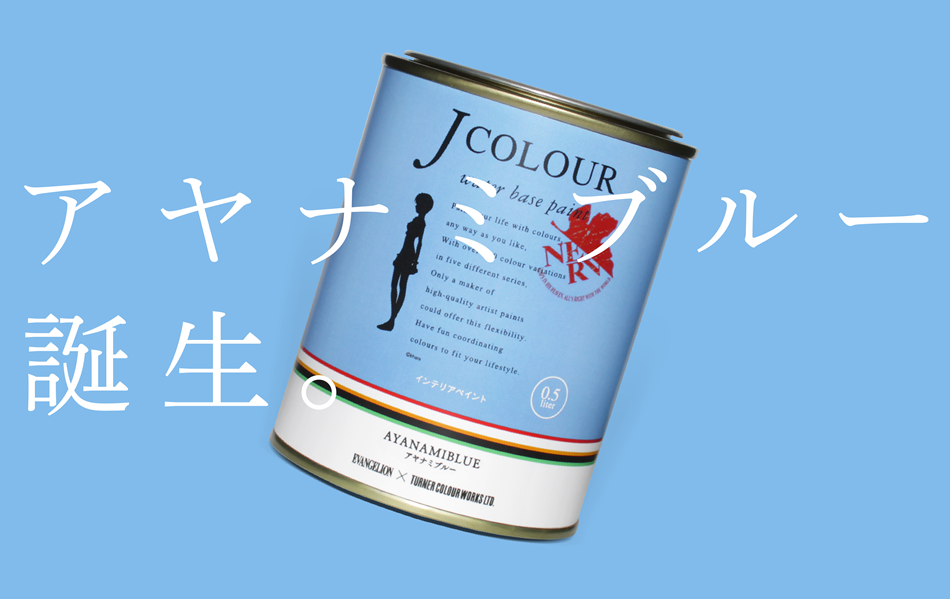 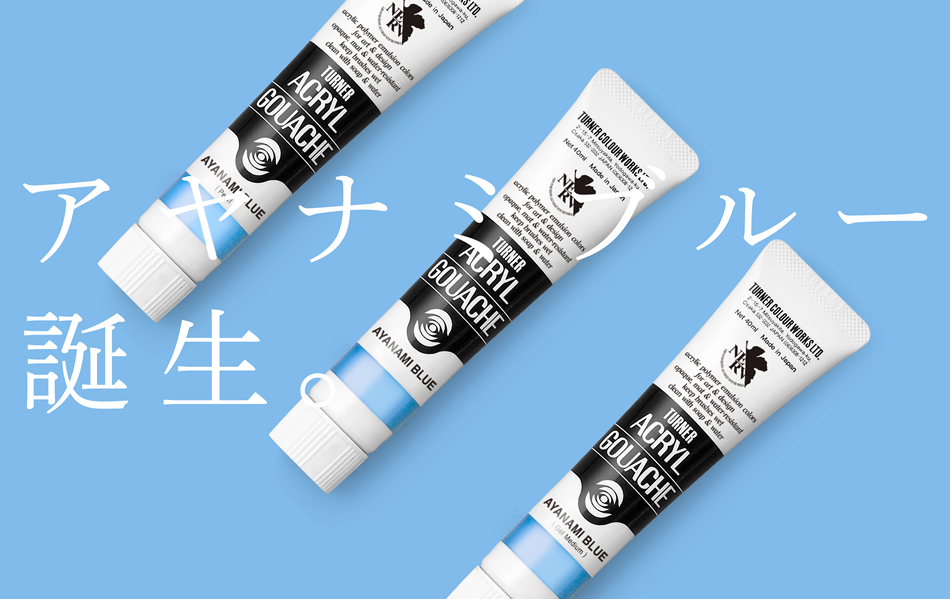 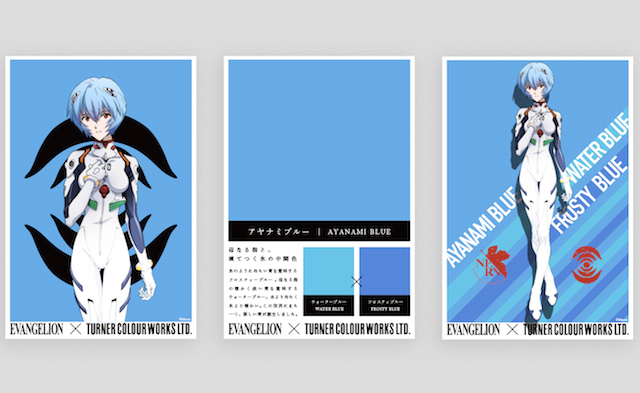